Essie Haute in the Heat Collection-Part 2 and Comparisons

Hi everyone, TGIF.  It's been quite the weird start for me this morning but I am so glad that it's Friday.  I woke up covered head to toe in a tiny rash and having my favorite punched allergy eye look.  I refused to get out of bed this morning and ended up leaving the house with wet hair and some BB cream.  Then as I left, I managed to splash soy milk all over the front porch.  Ooops!  I'm just looking forward to getting through the work day today.  I'm not sure what the plans are for this weekend besides my friend's baby shower on Sunday afternoon but I think it's supposed to rain and storm both days so there goes outdoor activities.  My instagram feed has been blowing up with pictures of Season 2 of Orange is the New Black on Netflix.  I'm going to watch the first episode during lunch today.  Maybe that will be my whole weekend ;)

Today I have part 2 of the Essie Haute in the Heat Collection.  If you missed it, part 1 with three polishes can be found here.  I was extremely happy with the first part of this collection but the second half let me down.  I did skip out on one polish called Roarange, which was a bright orange cream I believe.  Let's get right to it.  Comparisons are at the end. 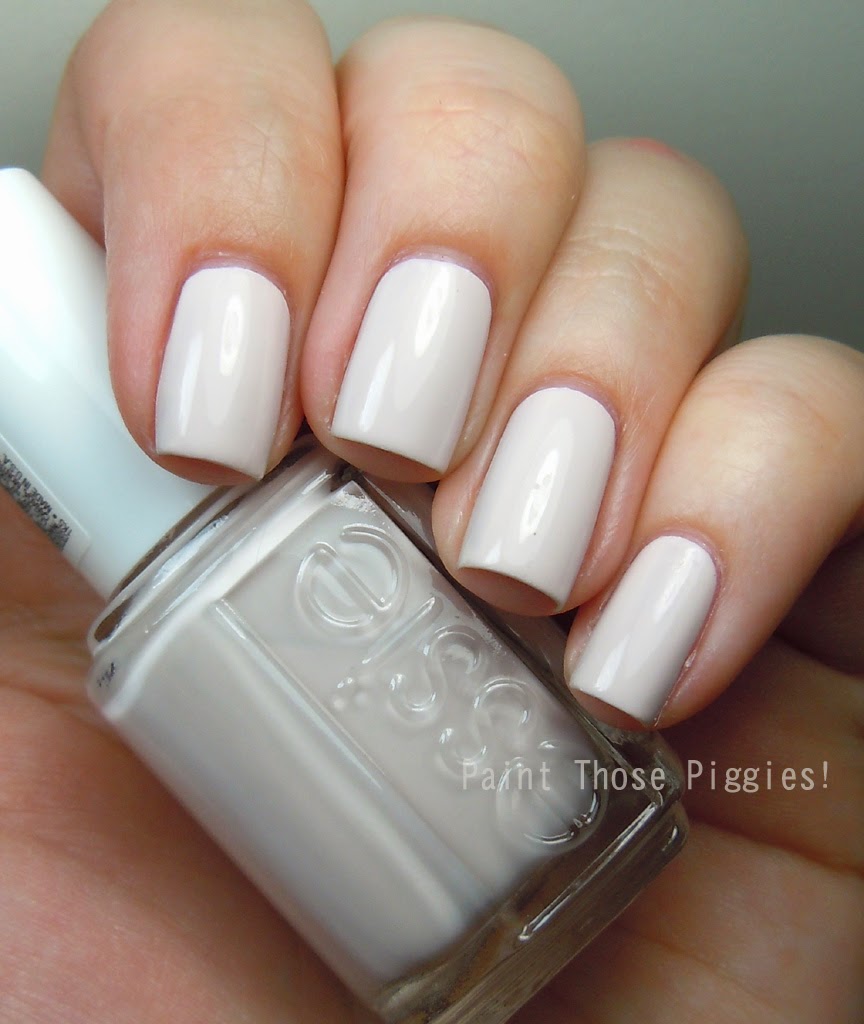 First up is Urban Jungle which is a slightly pink tinted pale nude cream.  I have mixed feelings on this one.  I love the color but the formula left something to be desired.  I thought the formula was streaky and gloopy and I needed three coats to even everything out.  I will say that I have used this one twice in nail art, and I do like it for that use.  Swatches below are with topcoat. 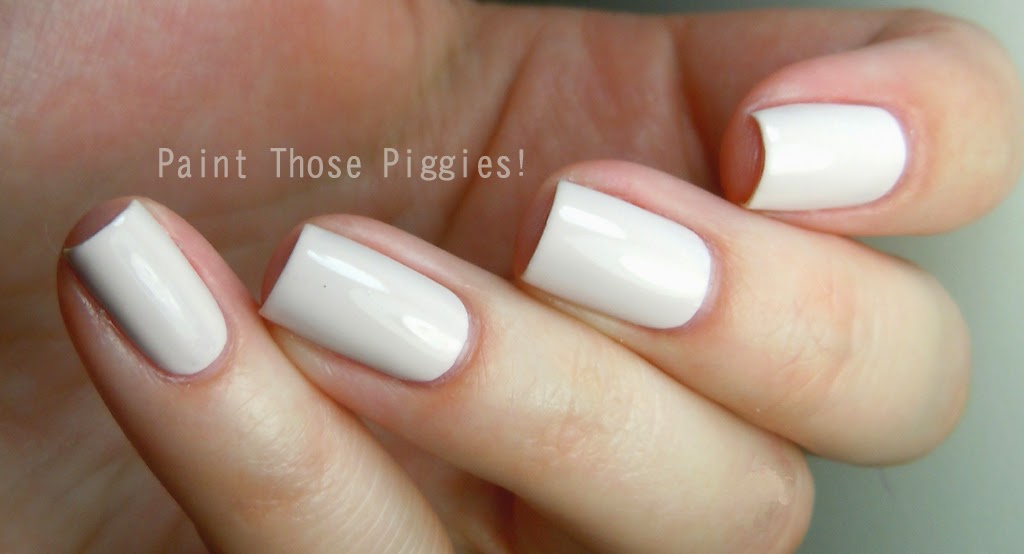 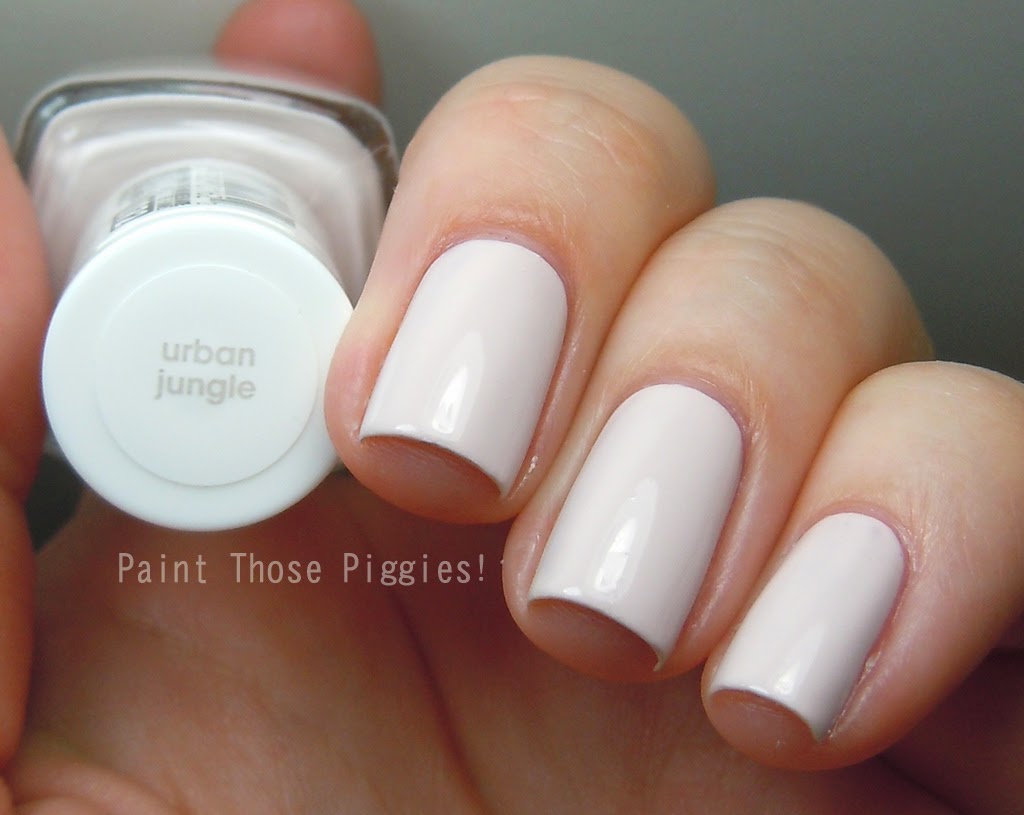 The last one I picked up from the collection is Fierce, No Fear, which is a medium cool chocolate brown cream.  I'm usually up for a weird colored polish but this one just reminded me of mud.  Sorry.  The formula was a tad streaky.  I ended up using two coats but I should have used three for fully opaque coverage.  No topcoat on this one. 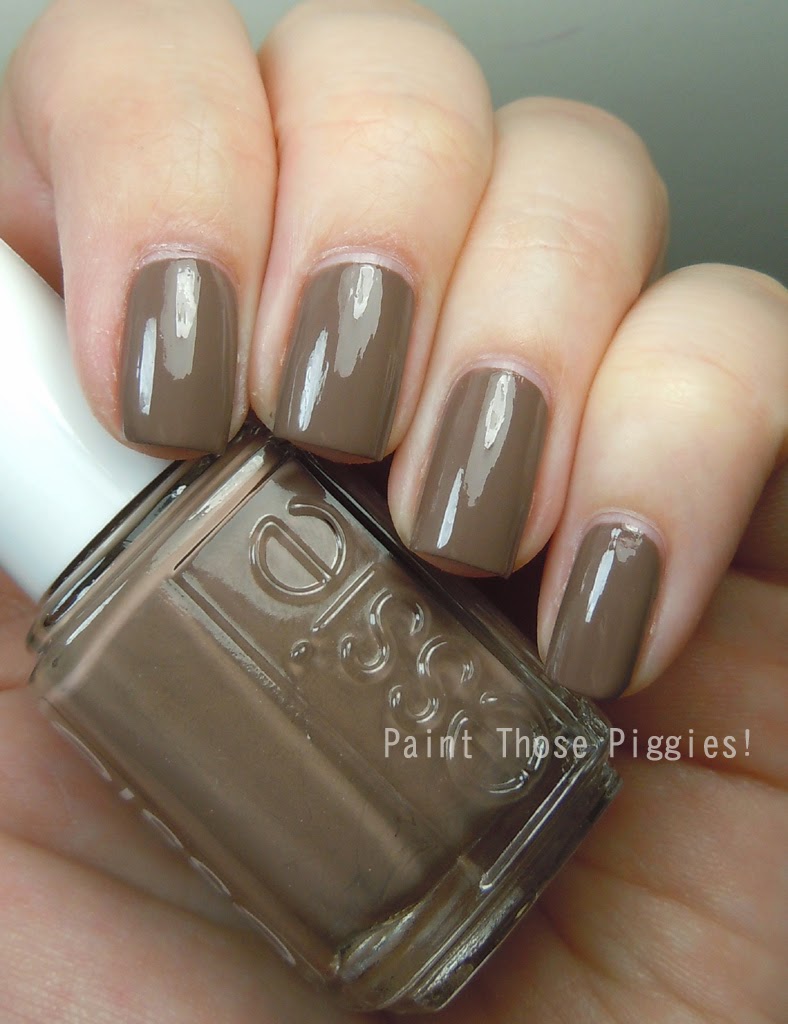 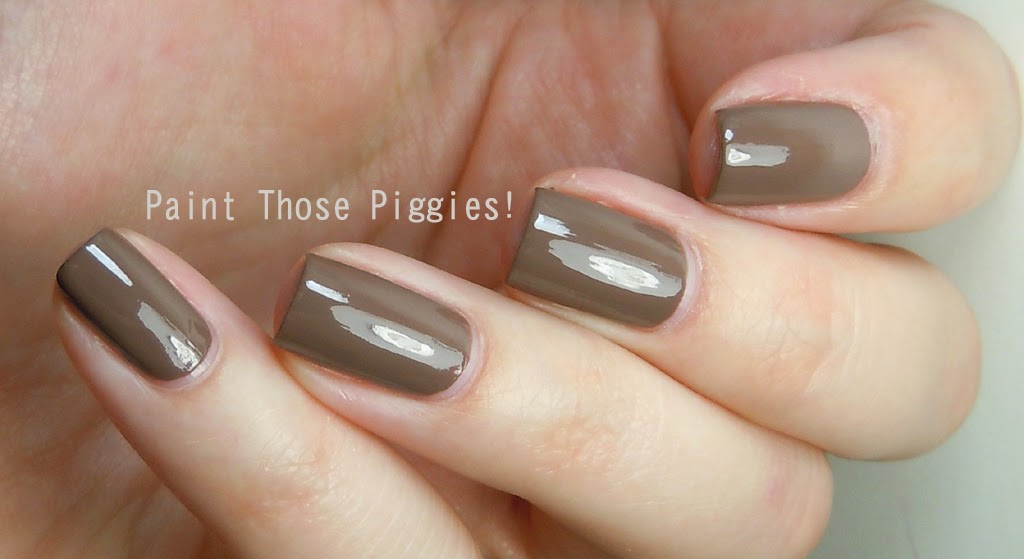 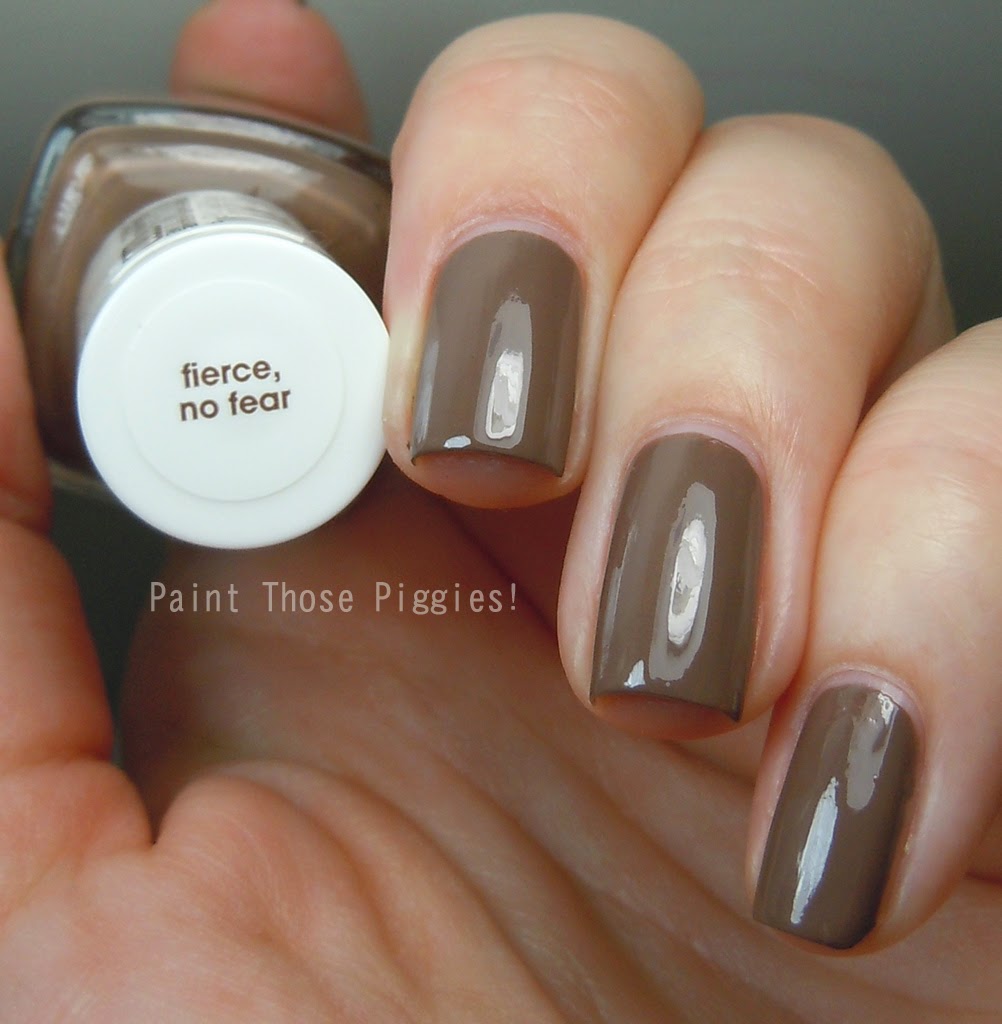 I thought that Urban Jungle would be a dead on dupe for OPI Don't Bossa Nova Me Around but it's much lighter.  I also wanted to show both next to more traditional nude polishes so that you could see the pink tint they both have.

The only comparison I did from the first half was the deep red called Haute in the Heat.  You can find that comparison here. 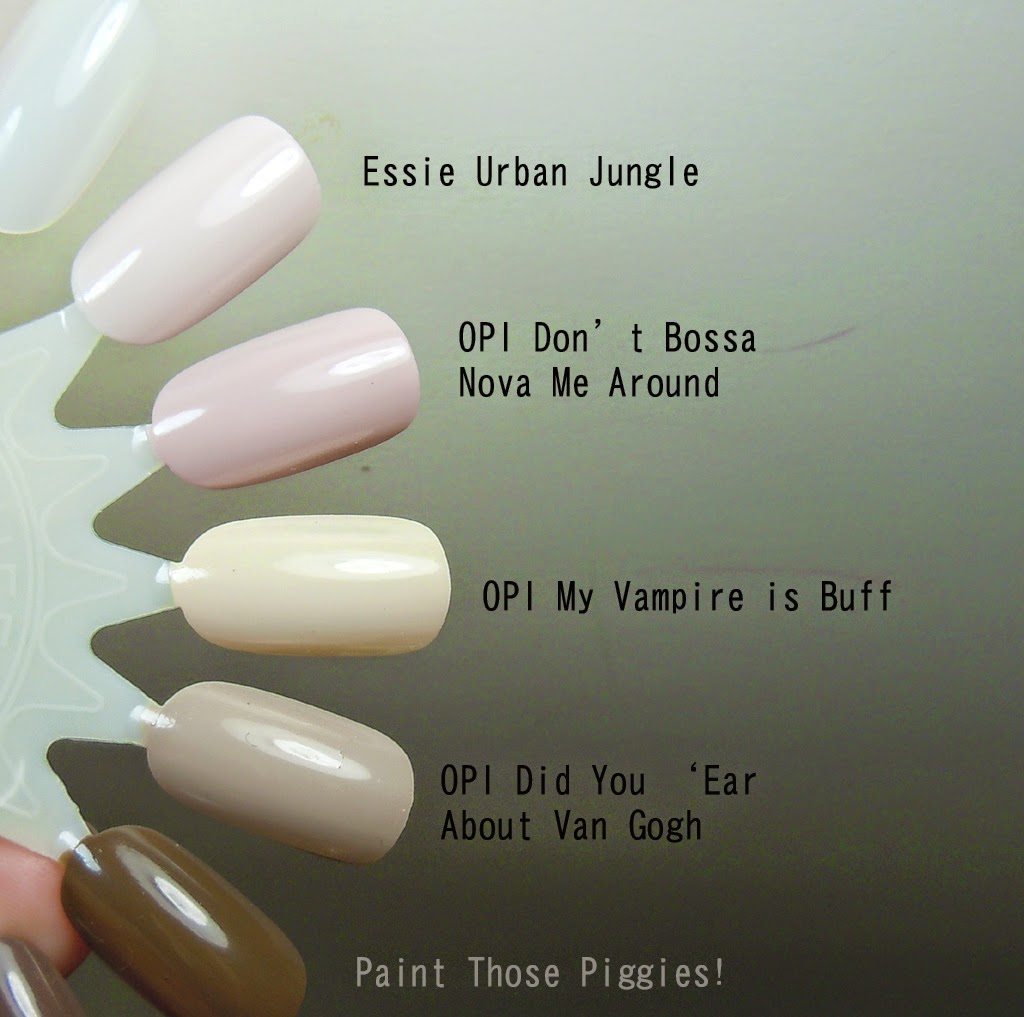 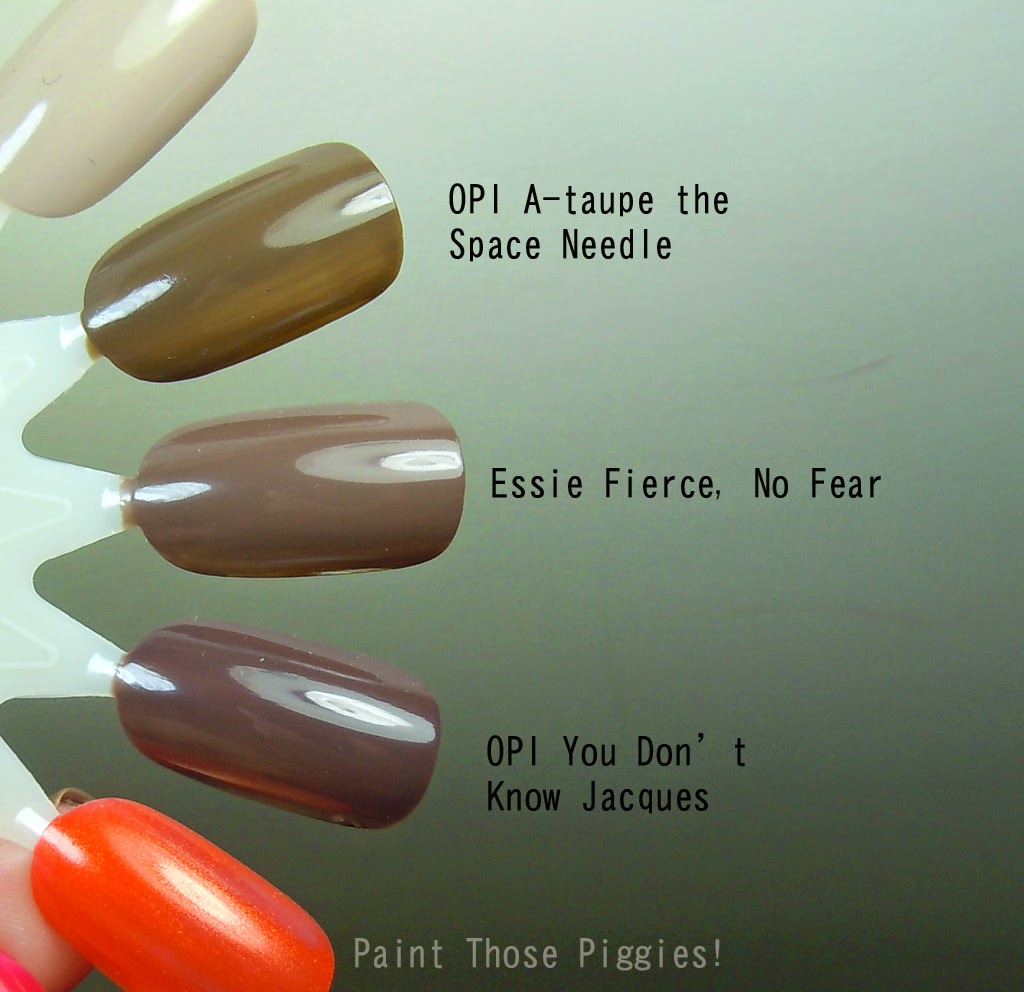 There you have it guys, have a great Friday!  Will you be picking up any polishes from this collection?
Posted by Paint Those Piggies! at Friday, June 06, 2014