Hi everyone, welcome to Monday.  Today will be another quick post for me as I've somehow managed to get sick at a restaurant offering gluten free options.  Today I have a new set of Incoco nail strips.  I received a surprise nail mail last week with four brand new designs that are being released on October 2nd.  Today I have the first of the patterns, Bone Rattling, which features black and white skulls that also glow in the dark. 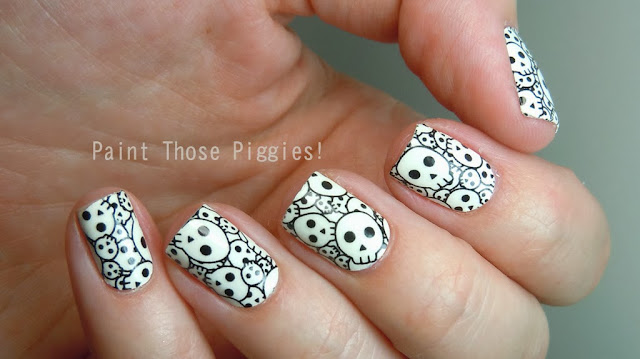 I really loved the design on these strips because they were halfway between real skulls and really cutesy skulls.  I had no problems with application with these and wore them for four and a half days before I removed them (an eternity in my standards).  When I removed them, there was still no wear after almost five days. 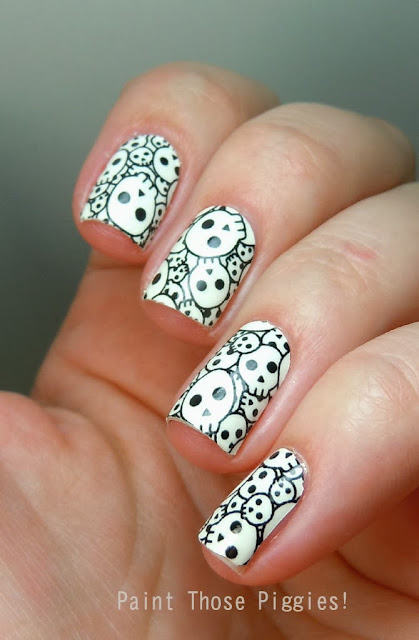 I never realized how hard it was to take non-blurry dark pictures but below is my attempt.  At least you get the idea.  I took one photo in a semi-dark hallway and the second picture in a completely dark room.  I will say that the glow lasted all night long because when I woke up the next morning and they were still glowing. 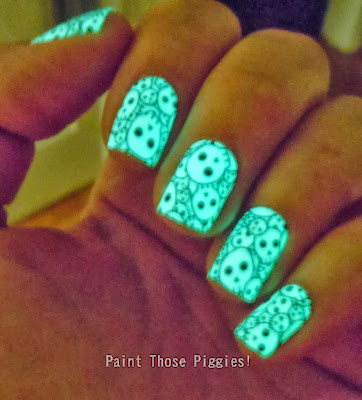 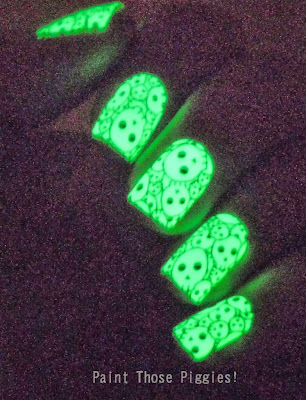 I really enjoyed these polish strips.  These strips will be available for $8.99 on October 2nd and can be found at http://www.incoco.com/.

*This product was received in exchange for my honest opinion.
Posted by Paint Those Piggies! at Monday, September 30, 2013